My seven years as a prison wife. 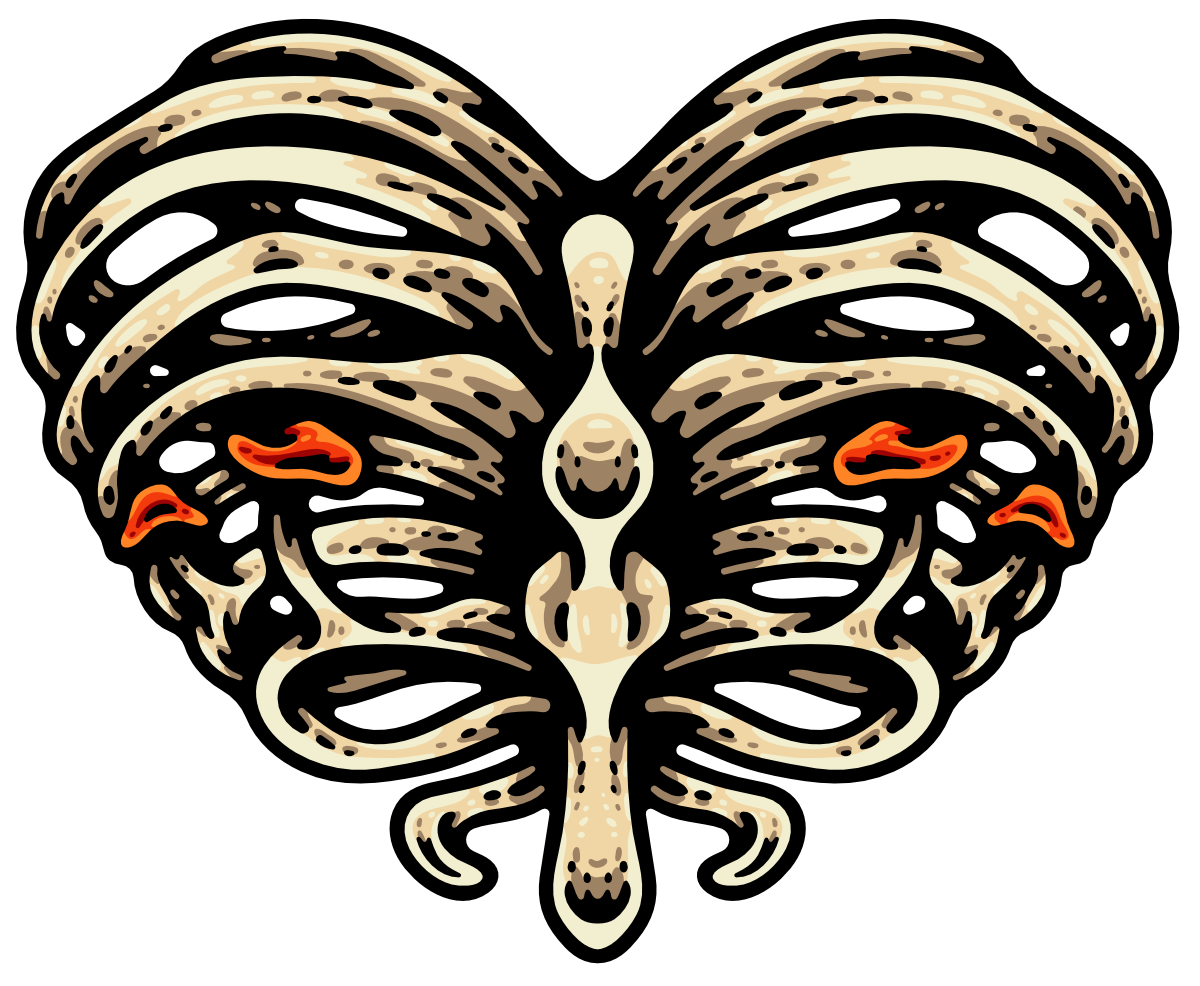 I’ll start at the beginning, for context.

I grew up in rural southern Oregon, went to college at UC Davis, and then moved back to Oregon and eventually landed in Portland. I spent most of my 20s working on emotional wounds from a dysfunctional family background and building a web design and hosting business. I took a lot of personal growth workshops and even trainings for life coaches and therapists, and while I was passionate about it, it never quite felt like a fit to pursue it as my career. (Careers in general have never felt like a good fit for me, to be honest.)

By the time I was in my early thirties, I had surrounded myself with a community of people who were all pursuing healing and growth, and we all spoke a kind of similar language and had a shared understanding of how we thought the world worked. It felt safe and protected, and I largely ignored what was happening in the news or in the “real world”. It felt like a kind of healing egg or bubble that I needed for a time, but it was also starting to feel stagnant and unreal.

I felt like I was missing something important, but I didn’t know what.

I’ve always been driven by trying to figure out “what’s really going on here”–what is the deepest truth about reality, why does so much suffering happen, and how could we transform the world to be a more compassionate, supportive place that nurtured people instead of wounding them. At the time, all my thoughts were focused on individual healing and transformation, and I was dismissive of political solutions. I thought if everyone could just heal themselves, the world would be transformed.

Eventually though, I started to wonder if what I was learning would really be applicable to people who couldn’t afford to pay $400/weekend for workshops, and go to therapy every week. Was I really discovering the answers to life, or was most of what I called “healing” only possible because I had so much privilege that I could escape from most of life’s problems?

Was I enlightened or just self-indulgent? I needed to know.

When I was 33, I met someone at a community Thanksgiving event who ran a volunteer program teaching NVC in prison. I was coming off a workshop high and was in love with the world, and I felt like this was my chance to find out what was true–nothing seemed more “real world” than prison!

I immediately signed myself up, and after the holiday break was over, on January 16 of 2013, I found myself walking into Oregon’s only maximum security prison as a teaching assistant.

That was the day my carefully constructed bubble began to shatter.

My future husband, Jabari, was one of the men in the class. He had been through the class once and was a “peer trainer”, so we were able to talk a little bit before and after class. We were both drawn to each other immediately, but it took almost a year before we admitted our feelings to each other.

I had to work through a lifetime of stereotypes and fear from movies, cop shows, and the news to be able to see him as a person and not just a prisoner. I also had to come to terms with what it meant to be in love with someone who still had 7 more years of prison to go.

Eventually our feelings were too intense to keep dancing around. You can’t have any kind of personal relationship with a prisoner as a volunteer, so I went through the process of transitioning out of the program and getting on his visitor’s list.

We got married a year later, in the prison visiting room, and I moved to Salem and hunkered down in my role as a prison wife.

Those first years, I felt completely overwhelmed and devastated.

My cozy bubble was smashed to pieces as I learned the reality of prison life, what families go through trying to maintain a connection, how the prison industry extracts money from poor communities, and the vast numbers of people who are affected by this system.

I also learned that most of my growth-and-healing community was not going to go on this journey with me. Not out of malice, but because our worlds had completely diverged.

My days revolved around the prison schedule of visiting and yard time (the only time he could call). In my free time, I devoured journalism about prison to try to make sense of my experience. I read so many stories of horrific abuse and neglect. I worried about his safety. I tried to process my feelings of horror and grief and anger like I always had, but they were too much and never ending. I eventually had to accept that my life of “thriving not surviving” was over. I had to learn the art of just getting by.

A gap opened up between my current experience and that of everyone I knew, a gap I did not have the emotional resources to even begin to close. My social circle narrowed to a few people who I could trust to listen without judgement and empathize without trying to suggestion solutions to things that couldn’t be fixed and just had to be lived through.

I was isolated, alienated, depressed, angry, overwhelmed, and barely functioning in term of self-care. Over the years, I found ways to cope, but I couldn’t really heal until the experience was over. I focused instead on resilience. I worked a lot, to feel a sense of progress and control in a world that was dull and monotonous, and where we were made powerless and helpless by a system that truly does not care if you live or die (or go crazy).

The phrase, “Dark Night of the Soul” sounds kind of romantic, but it was hell.

I could no longer feel my connection to the Universe, the one that had led me here, to this experience. I felt guilty about how little attention I had paid to the world previously, how little awareness I had about America’s underclass, how willing I was to let out-of-sight be out-of-mind. The entire time I was in Portland, drinking overpriced coffee and spending thousands of dollars to talk about my feelings with strangers, Jabari was waking up in a locked cage every morning, and hoping that a guard wouldn’t fuck with him that day. I felt angry at myself, angry at society, and angry at the Universe.

I studied history and behavioral psychology to try to understand human nature: how could we do this to each other? How could this be the way we treat each other, and how cruel to call it “justice”? Why is this happening and is there any way to fix it?

Over time, I concluded that humans just suck at having power. Any time a group of people are given absolute bodily control over other people, behind closed doors, abuse is going to happen. The more power and the more secrecy, the more abusive it will be. This just seems to be part of human nature. The only antidote is for us to be honest about that and build open systems with accountability and human rights.

But how to fix it is another story. I also concluded that we don’t understand other people’s experiences who are different than us, and generally don’t want to. There is little incentive for anyone to fix the prison system because the people who it affects have no political “value”, and the people it (theoretically) protects don’t care. “Educating” people takes forever and it’s an uphill battle. Culture changes slowly, and pushing it leads to backlash.

However, I don’t think everyone needs to change or “get it” for political solutions to be found to many injustices and inequities. The answer to that is organizing. I’m just not an organizer. And the political situation in this country is looking worse and worse, possibly unsalvageable so. We are losing our democracy, and nobody seems to notice.

I can’t say that I’ve figured it all out. I don’t have any epiphanies to share.

I no longer see humanity through rose-colored glasses. I no longer think everything can be fixed by “being the change you want to see”. I think a lot of what we tell ourselves are lies to help us feel better about a world we know is wrong but feel powerless to change.

But what can be done? I truly have no idea. I believe in prison abolition, but I know it’s politically a dead-end, at least right now. I don’t think reform is enough, the whole system is wrong, and needs to be re-imagined from first principles. But who is going to do that? (Not me, I’m exhausted).

I am still sitting with why my soul chose this experience, or why I was led here.

Where is the healing, where is the growth? I’m not sure. I know it has taught me to care much less what others think, because I’ve already been one of the most stigmatized archetypes, the prison wife. I’ve learned to see life as precious in a way I couldn’t understand until I felt it drifting by, and felt myself getting older every day while my world stayed the same. I see myself differently and I see the world differently, and maybe that’s enough, for now.