Heads up! This post is 8 years old. In 2021, I restarted my blog after many years of not writing regularly. See the the new stuff!

I haven’t written in a few months because all of these ideas were sifting through my brain and reconfiguring it. I’ve been thinking a lot about privilege and the way that “Lifestyle Design” and personal growth is generally aimed at people who already have a heck of a lot of privilege. “Job satisfaction” is a “First World Problem” compared to people who would take any job if they could find one. Volunteering in prison has shown me that my problems are really not problems, and my solutions often depend on already having a lot of options. It’s made me a lot more humble.

I want to leverage ideas around self-employment and empowerment to help people in poverty or with strikes against them that make it hard to find a job at all, let alone one that satisfies them mentally or creatively. Having a G.E.D. and a felony conviction? You’re not thinking about whether you can maximize your potential. You’re thinking about whether you will be homeless or not, or have to go back to hustling to pay the rent or feed your kids.

I used to think I grew up in poverty, and by many standards I did. We had very little money or material things, I had little medical or dental care, we had a wood stove with no electric heat, and I wore my brothers’ hand-me-downs. But my dad owned the property we lived on outright, we grew a lot of our own food, and we lived in the country. I didn’t have to deal with any of the instability, violence, or threat of homelessness that characterizes urban poverty. I never went hungry, and I was never afraid for my physical safety. The worst part was really the teasing at school, not the physical conditions. I don’t want to trivialize it–it definitely sucked. But suffering is relative.

On the other hand, I grew up with a lot of privilege. I was poor, but I never believed I was poor. My parents both came from middle class homes and they just happened to want to be hippies, but they still passed along their education, their expectations, their values, and their beliefs. I grew up knowing without a doubt that I would go to college, and be middle class. Despite their complaints about “the system”, I didn’t doubt at all that my parents had chosen to be poor, and that I had no interest in making that choice. I never expected to be anything other than a professional something. That’s privilege.

Yes, it would have been nice to not have had 14 cavities by the time I was old enough to have the money to take myself to the dentist. But that is nothing compared to the suffering of witnessing a murder before you are 5, or seeing your mom selling her body to pay the rent. This is a normal level of suffering for a lot of people in this country. And that’s not acceptable.

The degree of privilege I have is something I avoided looking at for a long time. Because part of my inheritance was also a huge helping of guilt. Guilt is a funny thing–it actually blocks your ability to see your own contribution to the problem, and in my case the contribution was simply denial. “I didn’t ask to have his privilege”. Well no, nobody does. That doesn’t mean it isn’t real. And that doesn’t mean we can’t do something about it. And that starts with admitting to ourselves and each other that it is really, really fucking unfair.

Where you are born should not determine your entire destiny. That’s no different than a person having the absolute right to rule a country because they were born a Prince. It’s no different than having a caste system. We believe these things are inherently unfair. What we don’t realize is that our country functions the exact same way, with only a thin veneer of supposed fairness painted on top that keeps us in denial.

The difference between real poverty and the poverty I grew up in is that I was given all the tools and education and belief system and confidence to do something different with my life. That means I’m an example of the American Dream, and proof that it’s a free country, right? No, not really. For me, it is a free country. It’s free when you have the tools and opportunity to use that freedom. If you are barely surviving, what difference does that freedom make? Who cares if you can speak your mind if you can’t feed your kids? What does it matter if we have social freedoms if people are economic slaves? How can this be a “free country” if a huge number of people live in crippling economic oppression for generation after generation? How is this fair? It’s not. There is no way we can believe this is fair.

Ignoring it is the biggest problem we have. The problem with the “First World Problem” meme is the implicit assumption that everyone in the US is doing fine. That’s just not true.

If we really believed it was wrong, we wouldn’t tolerate it. If you look at what we legally protect and defend, even if just barely, you can see what we believe in this country. We believe sexism is wrong in many cases. We believe in reproductive rights. We believe in the 40 hour work week (although we forget to thank unions for that). We believe in consumer safety. We are beginning to believe gay people are humans who love each other “for real”. But we don’t believe in even basic economic fairness. Why?

No guilt. But let’s figure out what to do about this.

Here’s what I believe needs to change.

Prison reform. Prison is a revolving door of poor people. They go in, they don’t get the help they need, so they end up without any better tools to live when they get out. If you didn’t have the skills or social capital to make a living without committing crime before you went to prison, how are you going to do it with a felony conviction on your record and PTSD from years of living in a cage with the constant threat of violence? Prison teaches people to be prisoners. Prison should teach people how to be people. You can’t dehumanize someone to teach them how to be human. Plus, every time you send an adult to prison, you are increasing their kid chances of going to prison. Prison doesn’t just punish the offender, it punishes every person in their family.

Revoke “tough on crime” bills like mandatory minimum sentences. The parole system is designed to support rehabilitation. Minimum sentences without parole are purely punitive. Plus they cost us a fortune. Instead, invest in programs that actually help people stop being violent, and find better strategies to meet their needs.

Stop the “War on Drugs” and start helping people instead. Addiction is a medical issue, not a criminal issue. If people were not addicted to drugs they would stop committing crimes to pay for drugs. DUH. Treat the problem, not the symptom.

Support a Basic Income Guarantee. If we are all created equal, we all deserve equal support to live as free, healthy citizens. A guaranteed income would make that a reality and eliminate poverty overnight. It’s just fair. Plus it becomes necessary as we shift to a leisure economy, where there is no reason we all need to work 40 hours a week.

Basic Income is far from mainstream politics in the US today, but same-sex marriage was unthinkable just a few decades ago. Things change. It is becoming more visible in Europe. I believe we’ll get there eventually – it just makes sense.

Let’s stop believing poverty is normal, natural, or OK. It’s not OK at all. It’s horrible. And it affects all of us.

How much safer would we all feel if people who went to prison were actually helped and came back to society as safe and self-aware people rather than violent people?

How much relief would we gain if we didn’t have to numb ourselves to the homeless people we pass every day driving to our yoga classes and dinner dates?

How much self-respect would we have as a country if we had a firm belief that no person within our borders should every go hungry, die of an easily treatable disease, or stay in a abusive relationship because it was economically necessary?

I think the minimum thing we can all do, and by “we” I mean the white, middle-class privileged people that are likely to be reading this blog post, is to remember our privilege every single day.

That means not attributing our success or our happiness solely to our own efforts, keeping our “issues” in perspective, learning about what these inequalities really mean, stepping out of our comfort zones, and being willing to feel the pain and grief of understanding the reality of the unfairness we benefit from. It’s not easy to think about these realities. But it’s much harder to actually live them.

Realizing all this has changed me. I don’t know where I will end up, but I know that I can’t go back to the lovely bubble I used to live in. I needed it at the time, but seeing what is outside that bubble has made it impossible to live without doing something about it. I still believe everyone can be happy and healthy, but I no longer believe that my only role is in encouraging individual healing. We need cultural healing, societal change, social justice. And we all need to be a part of it. 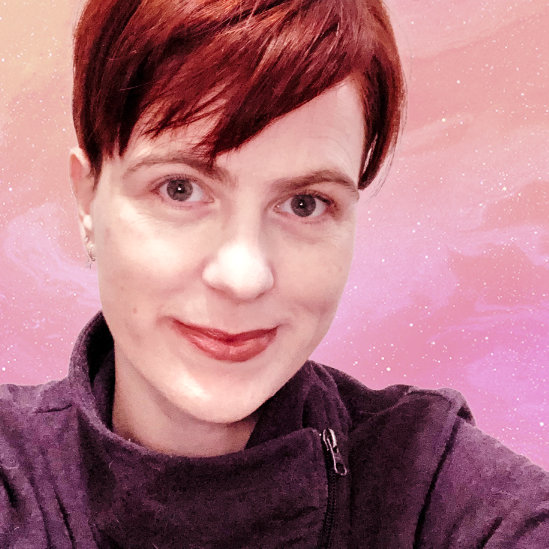 Sharing your creativity is an act of pure self-val

Healing looks different for everyone, because we a

Creativity is a natural part of being human; it do

Self-improvement works best on a foundation of sel