Let’s Talk About Sex (and Kink)

Heads up! This post is 9 years old. In 2021, I restarted my blog after many years of not writing regularly. See the the new stuff! 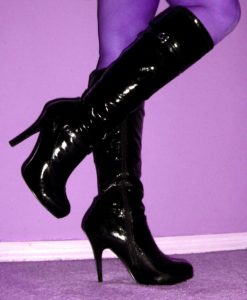 These are things we don’t talk about at workshops. Well, unless they are sex workshops.

Why? Why are these topics off-limits? Why is there “therapy” and “sex therapy”? The taboo on sex is an invisible line right down the middle of the health and wellness world.

Only it doesn’t feel like it’s right down the middle. It feels like well-being is this whole realm, and sex is off in the corner somewhere. It’s something you talk about in private. Or at those kinds of workshops.

But I posit it is straight down the middle, because sexuality is actually a core part of being human. All our drives – inspiration, motivation, contribution–they are hooked up to the same internal systems that run our sexuality. Our brains and our bodies are built for sex. Sex is how we came to be here. It’s so inextricable from our aliveness that it is baffling how we have managed to hide it so thoroughly from ourselves.

So we are cutting ourselves in half to not ever talk about it, to not ever acknowledge its existence, except in private, behind closed doors.

How can we work on behalf of planetary healing when we are unable to even speak about something so vital to our health and well-being?

And I fully include ME in this “we”. I go along with the silence. I feel comforted and safe by the silence. I don’t have to encounter my shyness, embarrassment, discomfort, and my deep fear of being a “freak”. I don’t have to talk about my queerness, my kink, my history, my shame, my desires. I get to safely leave those at home.

But there is a huge part of me not in the room when I don’t say a word about it.

Because I don’t want to live this way. I don’t want a world where we can’t talk about sex. I want to be able to talk about it. And I’ll be the first to admit that I don’t know how. I don’t have the words. I don’t have the easy confidence of “sex-positive” folk I have met. I feel awkward and embarrassed. But I want to say this is an edge for me, like I would say about any other edge.

Talking about sex, in public, with each other, is a collective edge of the entire woo-woo world.

An edge I would like to gently explore. With people who feel ready, in spaces that are safe.

I had a lot of fun, learned a lot about myself, explored sensations (including but not limited to pain), and explored power, trust, and safety. I got tied up, spanked, and flogged. I was fully clothed the whole time and there was no genital touching. After my initial shyness I felt very comfortable. People were remarkably friendly.

It’s an experimental space. Let’s try this…how about if I do that, was that fun? How did it feel? Did you like it? Where did you go? This feels the same as the way I live the rest of my life, it’s just that here I’m experimenting with stuff I don’t talk about in the rest of my life.

But I want that to change.

So consider this my bid for openness.

I want to create emotionally safe containers that let me bring all of myself and discuss it openly. Let’s bring our sexuality into the room, the way we bring all the other messy parts of our psyches and our lives. Let’s stop pretending we are not sexual beings. Let’s find a way to heal this divide in our culture.

Let’s talk about it.